Asians to become the largest U.S. immigrant group by 2055 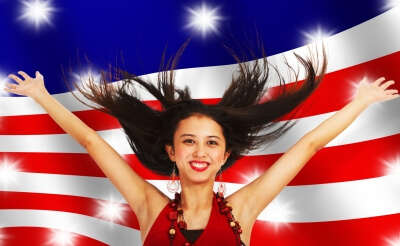 Over the next 50 years, immigration patterns in the U.S. are expected to change considerably. Hispanics still make the largest immigrant group in the country, but the number of Latino newcomers has been decreasing steadily for a year, while immigration from Asia is on the rise.

Considering this trend, statisticians believe that by 2055 Asians will become the largest immigrant group living in the United States at 36 percent, almost ten percentage points higher than their current share. By that time, the Hispanic group is expected to comprise about 34 percent of the immigrant population, down from 47 percent.

The reasons for this shift are, on one hand, the lower fertility rate of women in Latin America, which leads to the decrease of the pool of potential immigrants and, on the other hand, the increasing number of people in China and India who migrate to the U.S. in pursuit of a college degree or to work in the high-tech industry.

It is estimated that immigration will continue to drive the U.S. population growth and that foreign-born residents will make up 18 percent of the county’s total population by 2055.

2016-06-21
Cristina
Share
Previous Hispanics are the youngest ethnic group in the US
Next How to become a better employee: 4 tips