Apple plans to invest $1 billion to expand US jobs 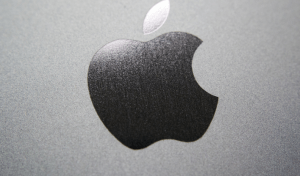 Earlier today, Tim Cook, Apple CEO gave an important announcement related to a concrete plan Apple has  that includes an investment of $1 billion in order to expand advanced manufacturing jobs in the United States.

Currently, Apple is one of the biggest job-creators in the United States. It has already created more than 2 million jobs starting from engineers to programmers etc.

These employments are made in a direct but also indirect way. It counts workers in all 50 states. Currently, there are around 80,000 company workers belonging in the research and development areas.

Other U.S.-based Apple suppliers such as Corning, the company that provides glass for the iPhone, 3M, and iPad, credit the Apple for 450,000 active jobs.

More than 1,530,000 jobs can be directly attributed to what Apple calls “the App Store ecosystem”. This is a system that acts like a network of designers and developers for the ever-growing roster of iPhone apps.

“These are folks from really small businesses, a party of one, to larger companies, and they’re writing apps that change the world,”- Cook added.

Online, on the Apple’s official website,  there are many statistics that help people understand the major changes this company constantly brings in the U.S.

“We actually spent over $50 billion last year in this country. I mean, this is incredible,” Cook told Cramer. “We’re not satisfied with just 2 million. And so you can bet we’re going to be hiring thousands of employees in the future.”- added Cook today.

Previous The Temporary Protected Status for Haiti citizens is extended for Six Months
Next What happens when you stay beyond the Authorized visa period?