America’s best cities to live in 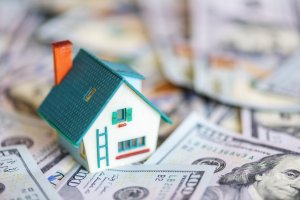 With a population of 65,065 and a poverty rate of only 4.6 percent, Broomfield, Colorado is America’s best city to live in, according to a major economic publication. The city is conveniently located within commuting distance of Denver and Boulder, two important economic hubs. The unemployment rate is 3.3 percent, one of the lowest in the U.S., and the number of jobs available in Broomfield has increased by 8 percent within a year. In addition to all these, more than half of the adult residents have at least a bachelor’s degree.

Meridian, Idaho is slightly larger, with 90,753 residents. What makes this city the second best in the U.S. is its low unemployment level, at just 3.5 percent, and a thriving economy which adds jobs at a much faster pace compared with the national growth rate. The city also has one of the lowest crime rates in the nation.

Richardson, Texas completes the Top three U.S. cities. It is located near Dallas, perfect for those who work in the big city but prefer a much quiet environment. The average household income in Richardson is $80,398 a year and the median home value is $226,000. This means that although incomes are high, the cost of living does not exceed the national average. More than half of the adult residents have at least a bachelor’s degree.