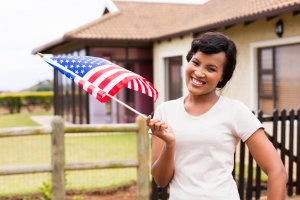 It wasn’t just the Canadian immigration website to receive a record number of visitors after the announcement of the new American President. One day after Donald Trump’s win over Hillary Clinton, thousands of U.S. residents entered the New Zealand immigration online page.

In just 24 hours, Immigration New Zealand had 56,300 visits from users from the United States. By comparison, the average daily number is around 2,300. Another web site containing information on living, studying, working, and investing in New Zealand had 70,500 hits from U.S. users, up from a daily average of about 1,500. The Americans’ interest in information on immigration to New Zealand began even earlier, during the campaign. In the month before the elections, the number of visits doubled compared to the same period a year before. A similar interest has been recorded by Britons after Brexit.

Also, more than 7,000 Americans registered for immigration on New Zealand Now within 24 hours. In a typical month, the website receives around 3,000 registrations from the U.S.  From June 2015 to June 2016, 1,288 U.S. citizens received permanent residence in New Zealand, 2,997 Americans were issued student visas, and 8,876 Americans were approved for work visas.