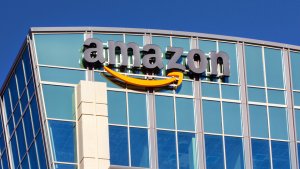 The tech giant located in Seattle, has announced today that it will create more than 100,000 new, full-time jobs in U.S only in the next 18 months. It says that all the job positions that are expected to open, are for workers across the country including all skills and experience levels.

Most of the positions will be needed to fulfill new openings in California’s center, Florida, Texas and New Jersey. But, new job positions will also open in areas such as cloud technology, advanced logistics and machine learning specialists.

Amazon CEO, Jeff Bezos said that since innovation is one of the guiding principles of their company, it has been creating thousands of job opportunities in the U.S market until today. And this is something no one can really deny seeing how quickly amazon has ramped up its workforce especially these last few years. Only in 2011, Amazon had more than 30,000 full-time employees located in the United States. In the end of 2016, it counted more than 180,000 employees!

Another thing to be considered is the fact Amazon claims it will hire an additional of more than 25,000 veterans and military spouses over the next five years. Also, this company claims to train more than 10,000 active duty service members and veterans not employed by it, through cloud computing since it has been showing some enormous demands in cloud business. Well, we just hope this Amazon’s hunger will last and all these claims will be true.

Previous Top 5 states with the highest number of children living with immigrant parents
Next What are the requirements of EB-5 Investor Visa?