One in four babies in the US born to immigrant mothers 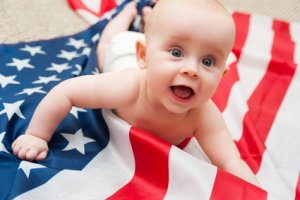 In 2014, there were 4 million babies born in the U.S., up from 3.74 million in 1970, and the growth has been driven almost entirely by the babies born to immigrant mothers. According to a new study from the Pew Research Center, immigrant women have higher birth rates than U.S.-born women. In 2014, 23 percent of all births were to foreign-born women.

With 106.4 births for every 1,000 women, those originally from sub-Saharan Africa have the highest level of annual fertility. Babies born to Mexican mothers accounted for 32 percent of all U.S. births to foreign-born mothers in 2014, 12 percentage points up from four decades ago. Seven percent of all U.S. births in 2014 were to Mexican-born mothers. Taken together, women from Latin America account for more than half of all births to immigrant mothers in the U.S.

2016-10-27
Cristina
Share
Previous Almost 400,000 visas are available in the US
Next Diversity Visa – Fulfill the American Dream