Almost a quarter of IT employees are foreign-born 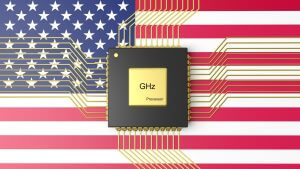 Immigrants make 24 percent of employees in the IT sector in the United States, according to a new report from the US Census Bureau. Many of the foreign-born workers came to the U.S. on H1-B or L-1 visas. The study also found that about half of all IT workers are between the ages of 25 and 44 and mostly male.

The IT industry has witnessed a spiraling increase over the past decades and is now one of the most dynamic fields in the U.S. economy. The number of jobs in IT has increased 10 times since 1970, from 450,000 to 4.6 million in 2014, which accounts for 2.9 percent of the U.S. labor force.

Several reports have found that IT jobs are among the highest-paying occupations at the moment. Plus, considering the high demand for IT products and services, it is reasonable to assume that the industry will continue to offer generous wages. According to the Census Bureau report, the median wage for IT workers was $80,895 in 2014. The latest US Bureau of Labor Statistics projects that the industry will grow by 12 percent by 2022.