According to Trump, the number of immigrants for deportation will be increased 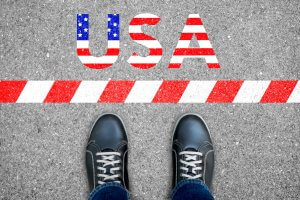 Trump plans to expand the number of immigrants for deportation sending this number to millions. He issued a new guidance that drastically broadens the ways in which federal immigration laws should be applied and deports millions of undocumented immigrants currently living in the U.S.

Earlier today, the Department of Homeland Security revealed two memos where all the details of the directives focused on interior enforcement and also, cracking down on security along the US-Mexico border, were clearly mentioned.

These two memos have the power to unable all the federal authorities to more aggressively detain all undocumented immigrants.  According to the memos, any immigrant living in the United States illegally, who has previously been charged or convinced of any crime, and also, the ones suspected for a crime, will from now on be an enforcement priority.  This can also include the ones arrested for shoplifting or minor traffic offenses.

The secretary of Department of Homeland Security, John Kelly, added that the surge of immigration at the southern border has overwhelmed federal agencies and resources. Also, he added that it has created a significant national security vulnerability to the U.S.

The memo’s drafts, released some days ago, also included other extreme measures that could be taken. For example; to include an instruction to mobilize National Guard troops to assist with deportations. This measure, fortunately, was not included in the final instructions.

Previous Employees fired after joining “A day without Immigrants” protest
Next The best jobs for people over their 50s in USA. No degree needed