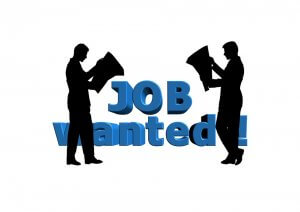 According to a labor-market survey a few days ago, some significant data were provided. This survey showed that the US business confidence is increased and the job marked is getting stronger.  According to payroll processor ADP, during 2017, businesses added more than 298,000 new jobs belonging to private-sector. These numbers are way higher than the predicted ones that didn’t pass the 190,000 new jobs.

The data indicates that the United States job market these last months have been in a very good shape. According to Gus Faucher, an economist with PNC Financial Services Group wrote in a note to clients: “The tighter job market will support income gains and consumer spending this year.”

If it were sustained, stronger-than-anticipated job growth would push the unemployment rate down more rapidly, likely spurring faster interest rate hikes by the Federal Reserve.

After this reported issued by the ADP, the chief of economist of Pantheon Macroeconomics, Ian Shepherdson, raised his forecast for Labor Department’s tally to 250,000 job gains from 200,000.

On the other hand, the average monthly employment gains fell to 180,000 in 2016 from 226,000 the prior year, Shepherdson admitted that he expected 200,000-plus advances on average “for the foreseeable future.”