A shortcut to get jobs: Driver’s licenses are acceptable IDs for employment 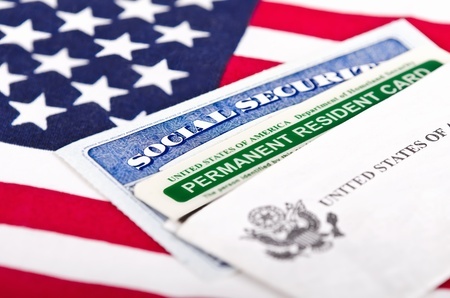 A recent change in guidance from U.S. Citizenship and Immigration Services might open the doors for thousands of undocumented immigrants seeking for jobs in the U.S. Although federal law forbids employers to hire illegal immigrants, this modification will allow them to consider the driver privilege cards as acceptable List B documents for I-9 employment forms, as long as they contain a photograph and identifying information.

These documents are primarily designated for driving purposes, but as a consequence of the USCIS updates, they will become shortcuts for illegal immigrants to get jobs since they can be considered proofs of identity. Across the U.S., ten states have issued some form of driver privilege cards. California has the most licenses in circulation (341.000), and is followed by Illinois (95,991), Maryland (38,013) and Nevada (23,066), according to a group that specializes is secure IDs.

In total, nearly half a million driver’s licenses have been issued to illegal immigrants, and hundreds of thousands of applications are still pending.

2015-08-13
Cristina
Share
Previous Intel is doubling efforts to bring in minorities
Next Census study: 1 in every 9 Virginians is foreign-born