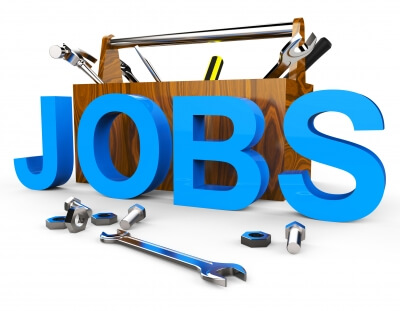 The recent data bring in much cheer as employers have added jobs in 30 US states, with big gains seen in the states of Florida, Texas and North Carolina. Data shows that Florida added 32,200 jobs, followed by Texas that added 31,400 jobs. North Carolina came third with a tally of 23,200 jobs. Much of the jobs gained in Florida were seen in its restaurants, hotels and amusement parks that reflect the growing number of visitors to this sunshine state.

Overall, the nation’s job market is on the upward march as employers added 172,000 jobs in January and another 242,000 jobs in February. It’s little wonder that the unemployment rate is at an eight-year low of 4.9 percent, thereby giving most Americans a steady paycheck. As a result of this low unemployment rate, consumer spending has also increased. In fact, January saw the fastest pace in eight months.

Besides jobs, there is good news for the overall economy too. The Federal Reserve Bank of Atlanta forecasts the American economy to grow by 2.2 percent in the January-March quarter, and this is a huge jump from the sluggish one percent growth seen in the previous quarter.

All this means the American economy is on the way up.

Start Here
2016-03-30
Cristina
Share
Previous United States Can’t Deport Immigrants for Drunken Behavior
Next How to make money in the U.S even without a Green Card