10 Things That The U.S Is Doing Better Than The Rest Of The World 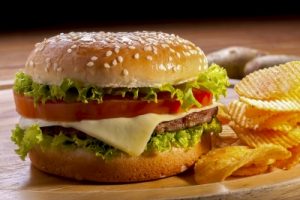 People may not always agree regarding the benefits that the U.S brings to the world, but some things are just too hard to overlook. And the truth is that there are things the U.S does better than any other country.

1. Hollywood movies and TV shows. There is no doubt that the U.S is by far the best entertainment provider. No other country produces so many blockbusters and so many popular series.

2. Money. The U.S has the highest GDP in the world, while the U.S dollar is the currency most used in international transactions.

3. Food. It’s no secret that Americans love to eat. And although it’s hard to compare American cuisine to French or Italian, no other country can beat it in terms of size and variety.

4. Beef.  You can  find it at every restaurant, fast food and hawker. It’s sort of a national meat and rather cheap compared to other countries.

5. Sports. The U.S is the only country that has four national sports and The Super Bowl is one of the biggest sports events worldwide.

6. Fitness. Not all Americans work out, but the country still holds the record for the highest number of members in health and fitness clubs.

7. Weapons. The U.S exports more weapons than any other country. Plus, it’s the only place where the number of guns is almost equal to the number of inhabitants: 88.8 guns per 100 people.

8. Military service. The U.S takes great pride is military and spends more money in this sector than any other country.

9. Diversity. Whether it’s about color, religion or sexual orientation, the U.S is probably the most open-minded country when it comes to variety.

10. Dreaming big. The U.S is, after all, the land of endless possibilities and Americans are thought from an early age that there is nothing they can’t achieve in life.

Thinking about moving to the U.S.?
Start by applying to the Green Card Lottery Program!
Apply Now!