$1.33 billion investment in Kentucky made by Toyota 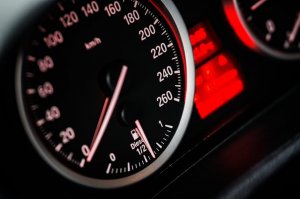 The giant Japanese automaker Toyota Motor Corp (7203.T) admitted it is currently spending over $1.33 billion in its Kentucky plant. This is part of their 5-year plan to invest $10 billion in the United States.

This giant investment in the plant which is Toyota’s largest one, comes amid uncertainty over U.S. President Donald Trump’s trade policies that could potentially affect certain Japanese firms’ capital expenditure plans.

Earlier this year, president Trump criticized the automaker by saying he would impose a hefty fee if it built its Corolla cars for the United States market at a plant in Mexico.

Today, Toyota has joined a large host of automakers including Honda Motor Co (7267.T), Fiat Chrysler Automobiles (FCHA.MI) and Daimler AG (DAIGn.DE). They all have announced specific investments in the United States since Trump won the U.S. election.

Even the United States car manufacturers such as Ford Motor Co (F.N) and General Motors (GM.N) have also announced their own plans to spend more domestically.

In the statement issued by Toyota, Trump said: “Toyota’s decision to invest $1.3 billion in their Kentucky plant is further evidence that manufacturers are now confident that the economic climate has greatly improved under my administration”.

Toyota also admitted that the investment would give a major help in its new production process and would allow for a more flexible production environment. This will help it build better cars and respond quicker to customers. Only the Kentucky plant has around 8,200 workers.