Young immigrants should not travel abroad after January 20 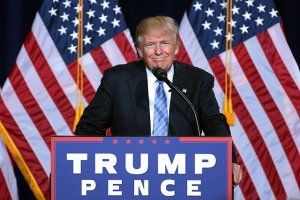 Many advocates, universities and lawyers are very concerned about young immigrants. They believe that all the immigrants brought to the Unites States illegally when they were kids, might be barred from re-entering the U.S if they decide to go abroad after Donald Trump sworn in as a president in the mid-January.  They are warning all these young immigrants who according to an Obama program, DREAM act, were allowed to work and travel for educational and humanitarian purposes outside the United States.

All this fear is indicated from Mr. Trump statements. During his campaign, he made illegal immigration the cornerstone issue. He even promised to build a wall along Mexican border by deporting millions of illegal immigrants currently living in the United States. He has also claimed to focus on the ones who’ve committed crimes. During a Time magazine interview, Mr. Trump actually expressed gratitude and respect for all the 740,000 people in Obama’s Deferred Action for Childhood Arrivals (DACA), 2012 program.

He said the most important thing to do, is to work something out in order to make all the people happy and also proud. He also admitted to take into consideration the fact that the people who belong to this program, are brought in the United States in a very your age, and they have been going to school and worked in the U.S for many years. Finally, he claimed that this phase will soon get answers so all these people can know what is going to happen.

Previous Is your child, born abroad, eligible for US citizenship?
Next How to choose the US state to move into?