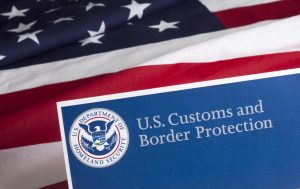 The number of unauthorized immigrants deported from the U.S. declined by 5 percent in fiscal year 2014 compared to the previous year, according to a new report released by the Department of Homeland Security. Overall, 414,481 unauthorized immigrants were relocated from the United States. The decline in the number of deportations is a consequence of President Obama’s focus on immigrants who have been convicted of a crime and those deemed a threat to the public safety.

The number of deportations is likely to continue dropping in fiscal year 2015 (which ends in October 2016) according to preliminary data. The U.S. Immigration and Customs Enforcement reported having deported 235,413 unauthorized immigrants so far this year, about 25 percent fewer than in fiscal year 2014. Border apprehensions have also declined and have reached the lowest level since 1971, at 337,117 individuals. This is due to stricter border enforcement but also to the decline in illegal immigration to the United States.

The Obama administration deported a total of 2.4 million individuals between 2009 and 2014, Pew Research Center data shows.