US announces 2017 cap for transitional workers 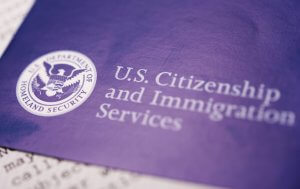 The U.S. Department of Homeland Security has decided not to reduce the number of foreign workers for the CW-1 visa program. According to a recent announcement, DHS will allow 12,998 nonimmigrants in fiscal year 2017 for the Commonwealth of the Northern Mariana Islands-Only Transitional Worker program. The cap only refers to the main applicants and does not include their spouses and minor children who can travel along.

The CW-1 program allows employers in the United States, specifically in the Commonwealth of the Northern Mariana Islands, to hire international workers who are otherwise ineligible for other temporary work visa categories, such as the H-1B or the H-1A programs for workers in specialty occupations. The program is set to run until December 31, 2019.

The cap set for fiscal year 2016, which ends on September 30, was reached on May 5 and there is a probability that the 2017 limit would also be reached months before the end of the fiscal year. The U.S. Department of Homeland Security has decided to maintain the current limit and requirements because of the high demand.

2016-09-06
Cristina
Share
Previous On Labor Day, the US is honoring its workers
Next Immigration patterns to the United States are changing