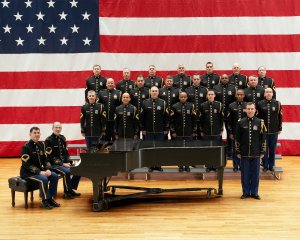 According to some sources form the Defense Department, the U.S. military will continue to welcome noncitizen recruits.  According to Trump’s administration, they will continue a long-standing policy that allows all members of the military and their families a pathway to citizenship for their service.

Last week, Lt. Col. Myles Caggins said in an email to Fox News that: “Today’s service members are eligible for expedited citizenship under a July 2002 executive order and the military services have worked closely with the U.S. Citizenship and Immigration Services (USCIS) to streamline citizenship processing for service members.” He also added: “Law ensures that the sacrifice of noncitizens during a time of national need is met with an opportunity for early citizenship, to recognize their contribution and sacrifice.” He also admitted that there is no plan to discontinue this initiative.

The closest Trump has come to addressing the delicate issue was back on September, last year during a presidential candidates’ forum.

According to DoD data, there are around 5,000 legal permanent residents that are recruited each year under the Military Accessions Vital to the National Interest Program which is launched back in 2009. The number of noncitizens on active duty from 2010 to 2016 was around 18,700.

According to the U.S. Citizenship and Immigration Service which has stablished the Naturalization at Basic Training Initiative back in August 2009 with the US Army to give all noncitizen enlistees the opportunity to naturalize when they graduate from basic training.