Top US states in terms of number of immigrants 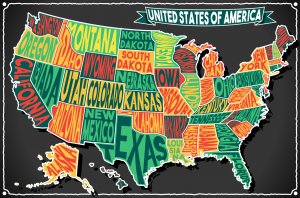 Immigrants are spread across all counties in the United States but there are large communities of foreign-born individuals who are concentrated in top five states.

Immigration patterns in these states haven’t changed much in time. Between 1990 and 2000, California still had the largest growth of the immigrant population with 2.4 million individuals, Texas was second with 1.4 million, followed by New York with 1 million, Florida, also 1 million, and Illinois with 577,000. Between 2000 and 2014, California and Texas were also the two top states in terms of immigrant population growth, with 1.6 million each.