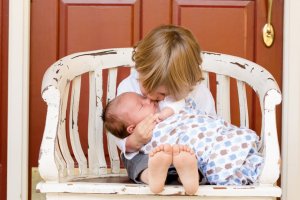 There are millions of children who are currently living in the United States and whose parents, or at least one of them, is immigrant. Only in 2015, over 17.5 million younger than 18 years old children had at least one immigrant parent from the total of 70 million living in the U.S. Over 88 percent of all second-generation children are the ones who were born in the United States to at least one immigrant parent. The other 12 percent are children who were born outside the U.S to foreign born parents.

Where do these children live?

These last few years, the top five states with the highest number of children under the age of 18 having at least one immigrant parent, are:

The top five states with the highest number of children living with immigrant parents are:

Tags children in U.S foreign born citizen live in us work in USA

Previous City Council of D.C approves Nation’s most generous paid leave program
Next Amazon will create more than 100,000 full-time jobs over the next 18 months!