There are expected more US Visa Denials and Delays to Come 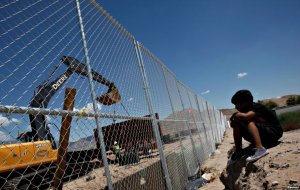 Many travelers continue to face long delays due to increased security procedures for vetting many US visa applicants all over the world at their respective US embassy.

According to some declarations form immigration advocates and lawyers back on Friday, governments scrutinized everything, from social media accounts to their work histories.

Rex Tillerson, the US Secretary of State, signed last week a cable containing new directives that anyone who had ever been in Islamic State territory would have to face a review of their social media accounts. Even though Iraq is taken off the list of countries with a travel ban in the new executive order, this decision may still affect many Iraqis who have made US visa applications.

These last days, reviews of the social media pages of many individuals applying for US visas have been conducted on the discretion of the consular officials which are responsible for denying or approving US visas. There are expected further security measures to be taken soon.

The standards belonging to the cable issued back on 17 March are still being refined. Even though others merely reiterate current procedures, they still make it clear that extreme vetting is still a priority for the Trump administration. Despite the fact the rulings of federal court judges …