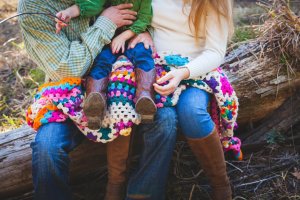 The possible option of separating women and their children on the southern border of the United States, for the main intention to deter illegal immigration, is now no longer being considered by the Trump administration.  This news was given by a spokesman for the Department of Homeland Security, back on Wednesday this week.

When John Kelly, secretary of the Department of Homeland Security (DHS), asked the panel of the Senate, noted that the act of separating women form their children is no longer an act of current policy except in some rare and unique situations…

David Lapan, a spokesman for the DHS, on the other hand, later reported that the current policy would not be changed, and the idea of separation was no longer being considered by Trump’s administration. Another anonymous official from DHS added that part of the reason the agency had dropped this idea was due to a big fall in the number of women trying to enter the United States with their children.

Back in March, around 1125 minors traveling with their parents who the major parts of them were females were caught at the southern border. This data was revealed by Customs and Border Protection, back on Wednesday. Even though women and children once were one of the fastest-growing immigrant apprehensions demographic, the fallen numbers represent a decline of as much as 93 percent since December.

Previous Spouses and common law partners of US immigrants on H-1B visas could not be allowed to work
Next US unemployment rate drops to 4.5 percent!