The fastest-growing immigrant cities in the U.S. 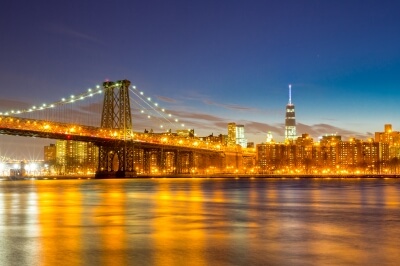 According to statisticians, foreigners usually choose large and emerging cities to settle down, because these offer more opportunities in terms of jobs and housing. That’s why we shouldn’t be surprised to find out that the New York metropolitan area, one of the busiest and most vibrant cities in the U.S., hosts the largest number of immigrants in the country. In 2013, there were 5.69 million foreign-born inhabitants. Los Angeles comes second, with 4.3 million people, Miami lodges 2.2 foreign newcomers, Chicago has 1.69, and Houston houses another 1.39 million. These numbers confirm that the Atlantic and Pacific coasts are still the most sought-after destinations.

When it comes to the pace of growth, Pittsburgh ranks first with a pulse of 17.4% in just three years, almost four times the 4.3% national rate. Due to its emerging economy and excellent health care system, more and more immigrants decide to relocate in western Pennsylvania. Unlike other areas in the country, Pittsburgh can accommodate both less educated immigrants as well as highly skilled ones, thanks to some expanding businesses and strong universities.

Indianapolis is not the typical immigrant hub, but has certainly seen some intense activity in the last few years. During 2010 and 2013, the foreign-born population spurt to 127.767, meaning a 14.3% growth rate. Oklahoma’s capital city has also recorded a surprising ascension from this point of view, and the 12.9% growth pace has led to a total number of 110.269 newcomers. Columbus is also becoming more attractive in the eyes of the foreigners, due to its affordable cost of living, low housing prices and solid economy, and now hosts 139.562 immigrants, 9.8% more than it did five years ago.

Three of the ten metropolitan areas with the largest number of immigrants are in the South. In Miami, 38.8% of the total population is foreign born, the highest proportion in the country. In New Orleans, the number of newcomers jumped to 91.412 in 2010-2013, Charlotte rose by 11.2% to 225.673, and Austin’s foreign-born population reached 279.923 in the same period of time.

Texas is also a preferred location for immigrants, due to its job opportunities, especially in manufacturing, logistics and construction, and affordable housing prices. Houston has the fifth largest foreign-born population, and Dallas, the eight.

2015-08-22
Cristina
Share
Previous By 2024, nearly $1 in every $5 spent in the U.S. will be on health care
Next The U.S. government must release immigrant children held in detention