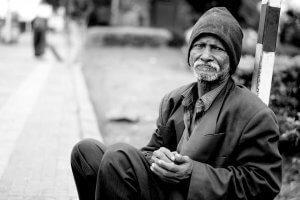 When it comes to taking care of homeless people all across the United States, there have been many success stories that are worth to be mentioned. But, unfortunately, the number of homeless people is rising every year. Especially in America’s largest cities such as New York, Boston, Houston,  Los Angeles etc.

The New York City major, Bill de Blasio, unveiled a five-year plan that realistically will reduce the number of people in shelters by 2,500 only by the end of the 2021!  Most importantly, he will soon begin to turn the tide on rising homelessness.

He announced this plan back on Tuesday and it will replace the use of hotels and “cluster” shelters built across the city by creating around 20 new shelters only this year and another 20 in 2018. This plan is supposed to create the conditions to house people in their own neighborhoods or boroughs. These people will be nearer to the support system available from churches and family members and also, near jobs and schools.

This initiative also calls for opening shelters in the existing shelters over the next five years. In total, is planned to be established 90 new shelters across the five boroughs. According to the mayor’s office release, the city would also renovate and expand 30 existing shelters.

He added: “I hope and I believe it will be steady,” de Blasio told an audience of nonprofit service providers, and faith and community leaders. “If we sustain incremental progress, it will be the first time that’s happened in three-and-half decades, and that can open the door to something better up ahead.”

Previous Tennessee to become the first and only State that offers Free Community College
Next The second bid of travel ban Trump launched, was Knocked Down by U.S. Judges