Team USA has 48 foreign-born athletes in the Summer Olympics 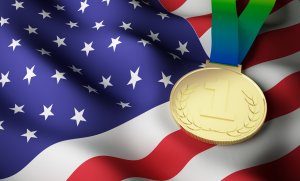 Overall, there are 554 Americans competing at the Rio 2016 Summer Olympics and 48 of them are immigrants. That means that 8.5 percent of the athletes representing the U.S. in the world’s largest sports event were born in another country. Many of them, 11, are competing in the track and field events, but the foreign-born contestants are spread among various sports. The 48 foreign-born athletes came from 30 different countries on six different continents. Some arrived when they were children, others through the EB-1 visa reserved for immigrants “of extraordinary ability in the arts, science, education, business, or athletics”.

Danell Leyva, born in Cuba, won the parallel bars silver. Philip Dutton, born in Australia, became the oldest American to win an Olympic Medal. At 52, he claimed the bronze medal in individual eventing. Edward King, a member of the men’s lightweight four rowing team, was born in South Africa. Enkelejda Shehaj came from Albania in the late 1990s and became a U.S. citizen in 2012. Runner Charles Jock was born in a refugee camp in Ethiopia, but his parents are from Sudan. He arrived in the U.S. when he was three. Nick Delpopolo was born Petra Perovic in Montenegro and was adopted by an American family when he was almost two. Now, he is proudly representing the U.S. in the Judo competition.

These athletes are extraordinary symbols of the American dream and truly deserve our admiration.