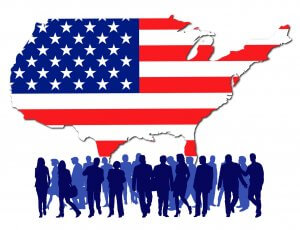 A recent survey among more than 400 employers in the United States found that U.S. companies place substantial value on the role of immigrants within their businesses. More than 40 percent of the respondents said that foreign nationals make an important part of their hiring strategy and about 35 percent of them expect the number of immigrant employees to increase during the next year.

Most U.S. companies reach out for the internationally trained professionals because of their skills, sometimes hard to meet locally. As a result of their appreciation, about 63 percent of U.S. companies which participated in the survey said they have sponsored a foreign national for a green card. Among those, 31 percent have started the visa process immediately and 40 percent when the employee has completed one year within their company.

The survey revealed that hiring a foreign national can take anywhere from two to seven months, from the time the company finds a right candidate to the moment the employee actually starts working. Many U.S. companies said they would hire more foreign nationals if the immigration process would be easier.

2016-10-20
Cristina
Share
Previous Nearly 65 million non-English speakers in the US
Next How many immigrants are homeowners in the United States?