Surge in Cuban immigration to US continues into 2016 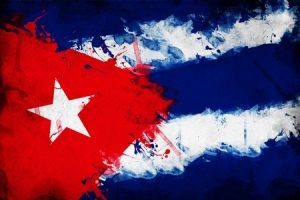 Cubans represent the third largest group in the U.S. with Hispanic origin, after Mexicans and Puerto Ricans. There are currently about two million Cubans living in the United States, but the share of U.S.-born citizens with Cuban ancestry is growing over the share of Cuban-born individuals. About 57 percent of the group is foreign-born, down from 67 percent in 2000.

Migration from Cuba has been on a steady trend until 2014, when it began increasing due to the Cuban government lifting travel restrictions. That year, 24,278 Cubans entered the U.S. The next year, the number of Cubans entering the U.S. was up 78 percent compared to 2014, as a result of President Obama’s announcement regarding a renewal of the relationships with the island nation. Over the full fiscal year 2015, a total of 43,159 Cubans arrived in the U.S., according to U.S. Customs and Border Protection data.