Study: In 50 years, Asians will be the largest immigrant group in U.S. 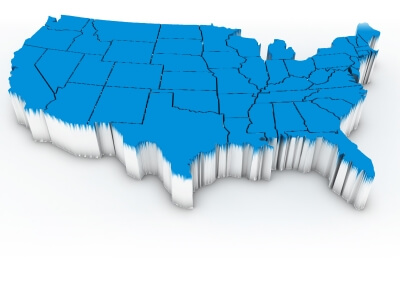 A new study looks at what it will happen by 2065 in terms of immigration, and the results are not that surprising if we analyze the most recent immigration patterns. According to the Pew Research Center, in 50 years Asians will have surpassed Hispanics as the largest group of incomers to the U.S. During the same period, the number of foreign-born residents will increase to 18 percent of the total U.S. population, projected to 441 million people. At the moment, immigrants make up 14 percent of the population.

Currently, Asians make up 26 percent of the immigrant population. By 2055, they will get to 36 percent, and by 2065 their share will increase to 38 percent. The Hispanic group is now at 47 percent, but it will have dropped to 34 percent by 2055 and to 31 percent by 2065. White immigrants will be around 20 percent and black immigrants will probably not surpass 9 percent, the study says. Also, by 2065 no racial or ethnic group will hold a majority in the U.S.

Start Here
2015-09-28
Cristina
Share
Previous New immigrants are assimilating fast into the American Society
Next Median wages are still rising in some parts of the U.S.