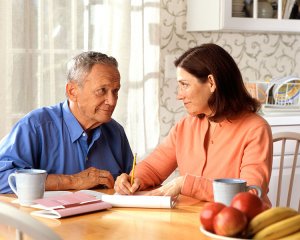 According to an ongoing lawsuit conducted by the Trump’s administration today, has now left many skilled worker’s spouses hanging their hopes in the future.

These spouses, being mostly women were allowed to work legally in the United States under Obama-era. Now, rules could be forced and make them to stop working.

Currently, without any changes made to this law, if someone has an H-1B visa, which allows skilled workers to come to the United States and live temporarily, and also has applied for lawful permanent residence, their spouse is allowed to apply and work under an H-4 employment authorization.

Madhuri Nemali, a Silicon Valley immigration lawyer at Cameo Law Group, added: “These are almost always highly educated women who are pretty awesome in their own right. They have master’s degrees, doctorates and are capable of contributing a lot.”

This authorization, which is also called the H-4 employment authorization document, (EAD) was first introduced by the Obama administration back in February 2015 with the main intention to try to retain skilled talent in the United States. If this new lawsuit that doesn’t permit spouses to work during the long wait for green cards that can even take for more than a decade,  will act as a disincentive for families where both partners wanted to pursue careers.

Now the employment status of thousands of spouses is hanging in the balance thanks to this rule filed in 2015 by the organization Save Jobs USA.