Slow US Visa Processing has made the country lose millions 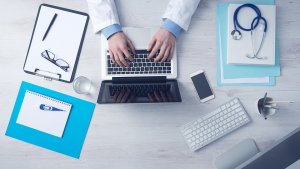 Fees for H-1B US visas in order to receive ‘premium processing’ from US Citizenship and Immigration Services have now finally paid for the cost of the agency’s attempts to digitize its processing. Unfortunately, they have been forced to suspend the service. This due to the fact they are unable to keep up with the level of demands.

Each year, at around this time, the US Citizenship and Immigration Services (USCIS) receives a large mass of H-1B US visa applications. All US companies have a window of five days in April to send in applications for new US visas while on the other hand, the existing holders renew their own. But, this premium processing option has been suspended by USCIS this week. They claim that a significant surge in applications for the expedited service, which can significantly cut the waiting times from around eight months to only two weeks, is what has kept them still.

Most of the revenue gained from the service during these last eight years (as much as $2.3 billion) was sunk into an attempt to digitize the US massive immigration system. But, unfortunately, this effort appears to have been quite a failure.  It has left the H-1B premium processing service understaffed, and also with inadequate resources to handle demands.

That is why the premium processing has been now suspended like some other occasions but this time could be particularly damaging, especially because the suspension could last more than six months.