Report: 11.5 million Mexican immigrants living in the US 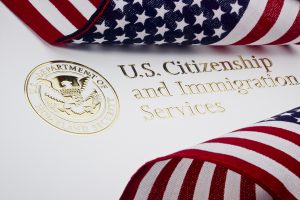 There are about 11.5 million Mexican immigrants living in the U.S. today, both legally and illegally. According to a financial foundation in Mexico, the number of immigrants has stabilized over the past two year, after a series of ups and downs in terms of migration waves. From 2012 to 2014, the number of Mexican immigrants in the U.S. dropped by 400,000, the report shows, but such variations have most often occurred within a range of 11.1 and 11.9 million individuals.

However, the share of the U.S. population born to parents from Mexico is growing. From 2009 to 2014, the number of second and third generation Mexicans living in the U.S. increased by 3.5 million individuals to a total of 24.3 million. Overall, considering both the persons born in Mexico and those born in the U.S. to a Mexican parent, is now at approximately 35.8 million, up from 17.8 million in 1994.

The report also found that illegal immigration from Mexico has declined massively and in 2014, for the first time in history, Mexicans did not account for the majority of people trying to enter the U.S. illegally. Illegal border crossings by Mexicans are at a 50-year low.

2016-08-14
Cristina
Share
Previous Surge in Cuban immigration to US continues into 2016
Next An American Hero: The Amazing Story of Simone Biles