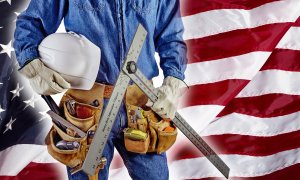 The number of foreign-born individuals holding a job in the United States reached a new record in July, according to data from the U.S. Bureau of Labor Statistics, after having already peaked the month before. The report found that 25,984,000 immigrants were employed in July, up 133,000 from June.

These numbers translate into an immigrant labor force participation of 65.7 percent, almost five percentage points higher than that of the U.S.-born citizens, at 62.9 percent. Overall, there were 126,453,000 U.S.-born workers in July, 313,000 more than in the month before. The labor force participation has improved in both cases compared to the previous month. The unemployment level was 4.2 percent for foreign-born individuals, slightly below the 5.3 percent for the native-born Americans.