New study names the best place to Retire in US 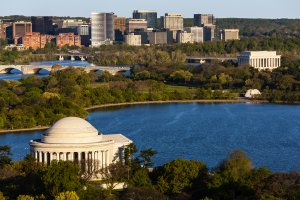 The most ranked place to retire in the United States, according to a study made by Bankrate.com, is Arlington, Virginia.

According to this new study, there is no better place in the United States than Arlington, with Alexandria coming to second place.

This capital region makes a strong showing in this analysis made by Bankrate.com as of the best cities to retire. Washington, D.C, Silver Spring and Rockville, Maryland were all also in the top 10. Even though all these cities have higher costs of living than average, they are well-known for their low crime rate and many robust cultural opportunities.

Criteria that were calculated when finding the best city to retire, were: cost of living, rates of violent and property crimes, health care quality, walkability, state and local tax rates, weather, local culture and well-being for senior citizens.

Tennessee has three cities on Bankrate’s top 10 list: Franklin, Nashville and Murfreesboro. This, only thanks to its very low taxes and decent weather.  The biggest drawback of all these three is the lack of walkability, which could be a concern for retirees. Niagara Falls, New York is the one to come in dead last of Bankrate’s list of 196 cities.

Previous According to ADP, more than 298,000 new jobs were added by the US Businesses in 2017
Next Top 5 states in USA to live a rich lifestyle