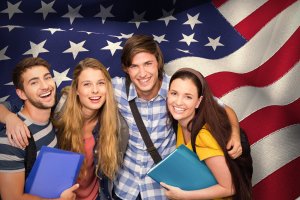 All this data was processed and compiled by an online website’s program called Student and Exchange Visitor Information System (SEVIS). It is especially designed to store all the basic information of International student’s studying in the United States. This site and its program are controlled by U.S Immigration and Customs Enforcement’s Homeland Security Investigations (HSI).

This data also comprises students with vocational status (M) and academic status (F).  Almost 42% of all academic and vocational students are following courses in technology, mathematics and science. The U.S government consolidated them into one big category, STEM. Surprisingly, the number of students belonging on this category has also increased by 10% compared at the same period of time in 2015.

This new report, dealing with all of the 8,697 school’s data, asserts some of the favorite universities of international students with over 10,000 international enroll only this year. They are: New York University, Northeastern University, Columbia University and University of Southern California.

Previous Top three cities to live as a family in U.S
Next USCIS: Extension of Parole for Immediate Relatives of U.S. Citizens