Nearly 65 million non-English speakers in the US 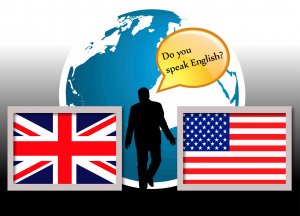 A new report from the Center for Immigration Studies, based on recently released data from the U.S. Census Bureau, found that 64.7 million U.S. residents five years of age and older spoke a language other than English at home in 2015. This marks a new record high, up 1.5 million people from 2014 and 5.3 million since 2010. The number is also twice as high as it was in 1990, when 31.8 million residents in the United States, whether they were legal and illegal immigrants or native-born, spoke a language other than English. In terms of percentages, non-English speakers now account for 21.5 percent of the overall population in the United States, up from 11 percent in 1980.

The report shows that about 40 million residents spoke Spanish in 2015, 3.3 million spoke Chinese, 1.7 million spoke Tagalog, 1.5 million Vietnamese, 1.3 million French, 1.2 million Arabic, and 1.1 million residents spoke Korean. What’s interesting to note is that many of these non-English speakers are not immigrants. In fact, 28.5 million of them are born in the United States.

There are estimations that nearly one in four students in the U.S. public schools now speaks a language other than English at home.

2016-10-19
Cristina
Share
Previous Eyeglasses no longer allowed in US passport and visa applications
Next Survey: US employers want to hire foreign nationals