Most famous ethnic cuisines in U.S. 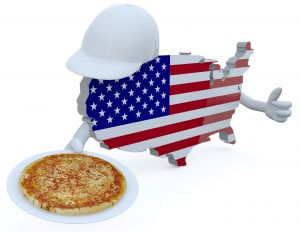 U.S has always been a country to not only welcome immigrants from all around the world, but has also learned a lot from all their cultural diversity. Being a country to offer so many opportunities, is not a big surprise why, through all these years, immigrants have seen many potentials in different fields. Niches on which immigrants feel mostly secure to invest on, are related to their traditions, especially their cuisine. Maybe because they miss home, or just know they will go viral!

And so they have… with so many evidences, an enormous multicultural roots can be easily found all around U.S . We’ve gathered here for you, some of the most popular ones which are widely loved and preferred by over 70% of Americans today. Did you know that almost 2/5 of U.S citizens have admitted they do order at least once a week ethnic food?

Well, no wonder why some of the biggest chain restaurants belong to immigrants. According to some studies, is expected that in less than 5 years, they will completely dominate over local cuisines which, compared with the ethnic ones, take too little space on the big table.

Here are the top ethnic cuisines that dominate American tummies: