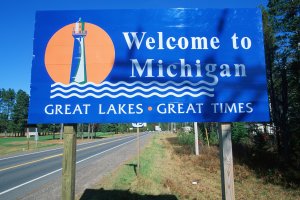 The immigrant population in Michigan grew by more than 10 percent between 2010 and 2014, according to a recent study released by the Partnership for a New American Economy. During the four-year time span, roughly 60,000 foreign-born individuals immigrated to Michigan helping the Great Lakes state overcome the effects of the Great Recession, the report shows.

The 10.2 percent growth rate outpaced by far the national average of 5.8 percent recorded from 2010 to 2014. However, in terms of share of the overall population, immigrants now make up almost 7 percent of the state’s total population, whereas nation-wise, foreign-born residents account for about 13 percent.

There are approximately 642,000 foreign-born residents in Michigan. They make up a large share of the state’s agricultural workers but they are also well represented in the highly skilled occupational level, such as software developers, mechanical engineers, teachers, physicians, and surgeons. Foreign-born workers account for about 8.3 percent of the state’s entrepreneurs and six Fortune 500 Michigan-based firms had at least one immigrant founder or a founder who was born in an immigrant family. In 2014, 51 percent of the immigrants in Michigan were naturalized, 4 percentage points higher than the national level.