Many Hispanics voted for Trump 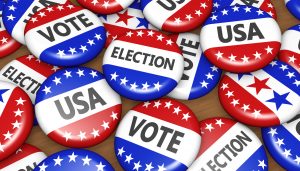 There are several factors which led to the worldwide-surprising win of Donald Trump. With around 55 million residents, Hispanics account for the largest ethnic or racial minority in the United States. The Hispanic share of the national vote increased from 8 percent in 2004 to 11 percent in 2016, according to a Pew Research Center analysis. Because most of them are of immigrant origin, the Hispanic voters were expected to support massively the Democratic Hilary Clinton and to cast a vote of censure against Donald Trump.

However, it seems that the difference between the two candidates was not as categorical as expected. Hispanics favored Hillary Clinton 65 percent to 29 percent. This difference helped her win in Colorado and Nevada, for instance, but it wasn’t strong enough to secure her a national win.

Moreover, another analysis shows that in counties that have witnessed a rapid demographic change, voters were more likely to support Trump. The analysis found that Trump won about 67 percent of votes in counties where the diversity index increased by 150 percent over the past 15 years, while Clinton won 29 percent. This was the case especially in small towns in the Midwest.