LA Mayor admits he will not Cooperate with the Immigration Officials 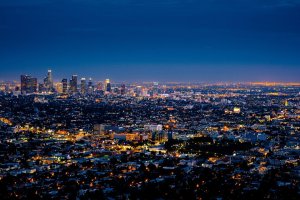 All undocumented immigrants consider LA to be a safe place for them. Especially since Eric Garcetti, the city’s Mayor, issued a new executive order that cements the previous status and defies President Donald Trump’s order that indicates the remove of  so-called ‘sanctuary city’ policies. According to William La Jeunesse from Fox News, the US is in conflict, with states and cities heading in different directions and some, like the city of Los Angeles, blatantly defying the President.

The city of Los Angeles already prevents police from inquiring about their legal status of suspects. Also, the city has already made its stance official.

According to Mayor’s executive order, it expands the prohibition that previously banned police officers from inquiring about legal status during the investigation to all city employees. This also includes the fire department and airports, while on the other hand, it orbits employees from assisting federal immigration officers that enforce the immigration law under any circumstances.

Charlie Beck, the LAPD Chief, this move has been made due to the fact many immigrants are reporting fewer crimes out of fear of deportation. But on the other hand, Virginia Kace, the spokeswoman for Immigration and Customs Enforcement, has considered this allegation as irresponsible and entirely speculative.

It is expected many other cities to go in the opposite direction, with bills to penalize sanctuary cities introduced by lawmakers in Florida, Virginia, Kansas, and Texas.