Job Openings in the U.S. Rose in May to a Record 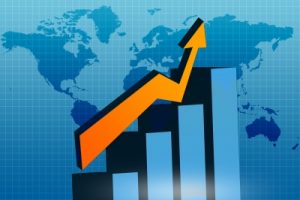 Looking for a job in the U.S.? This might be the perfect moment to do so. Job openings in May reached a new record, with 5.36 million available positions all around the country.

It’s the highest number since 2000 and it certainly brings along a ray of optimism over the national labor market. Moreover, this is the second consecutive month that openings exceeded hiring; great news not only for local employees but also for the global economy, considering that the U.S. is probably the greatest economic trendsetter.

Numbers prove what economists have already stated, that companies need to keep hiring in order to fill their positions, and that the market is getting a lot more competitive under these new circumstances. This will reflect on wages as well, and top professionals are now in a position where they can ask for raises or more benefits.

In terms of location, at the moment the South has considerably more available positions than the Northeastern areas of the country. Professional and business services lead the way, with more than one million openings.  Trade, transportation and utilities add up another 980.000 jobs, whereas nearly a million posts of employment can be found in sectors such as health and education. For those who want to work in constructions, there are around 150.000 vacancies.

However, the last few months were not good in terms of layoffs. A significant number of job cuts were reported, especially in the federal government. The number of discharges in real estate, rental and leasing has decreased, though. This is a sign that both oil prices and consumer spending are picking up. If we add the massive rise in job opportunities, we might conclude that things are looking pretty good. So, no matter what type of job you are after, there is probably something for you out there.

Would you like to work in the U.S.?
Start Here

Previous 5 Tips for Successful Relocation
Next China Tops Mexico as Immigrants Origin To The U.S