Interesting statistics on immigrants and immigration in the US 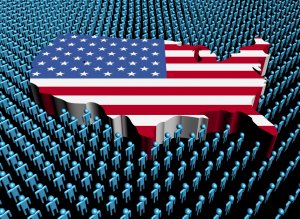 There are roughly 42.4 million foreign-born individuals living in the United States, accounting for 13.3 percent of the overall U.S. population, according to data from the 2014 American Community Survey. Immigrants and their U.S.-born children number about 81 million people, representing 26 percent of the overall U.S. population. The foreign-born population increased by 1 million individuals between 2013 and 2014.

Prev1 of 8Next
Use your ← → (arrow) keys to browse
2016-08-20
Cristina
Share
Previous Record 25,984,000 immigrants employed in the US
Next Florida Tech ranks first for international students in the US