Intel will invest $7 billion in the state of Arizona and employ more than 3,000 people 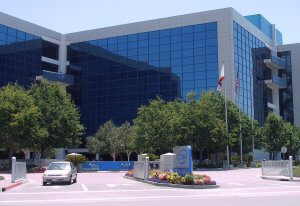 Brian Krzanich, the Intel chief executive met with the U.S president, Mr. Donald Trump back on Wednesday where the giant company announced it will soon invest more than $7 billion in a factory which will be located in Arizona. Also, they are planning to employ more than 3,000 full-time people.

According to Intel’s chief executive, the factory will be located in Chandler, Arizona and also, he added that over 10,000 people living in there will be supporting the factory with different needs.

Brian Krzanich confirmed that the investment will be completed on the following three to four years. He also added: “America has a unique combination of talent, a vibrant business environment and access to global markets, which has enabled U.S. companies like Intel to foster economic growth and innovation.”

He admitted that Intel’s factories strongly support jobs by investing on important parts such as high-wages, high-tech manufacturing conditions that are all a big part of the U.S economic engines.

Intel was one of more than 100 companies that joined together and filed a legal brief opposing Trump’s temporary travel ban on people from seven Muslim-majority countries.

After this important announcement, president Trump tweeted this news and thanked Krzanich. He also called the factory a great investment that will bring more job opportunities and innovation.