Immigration is the best way to fight crime 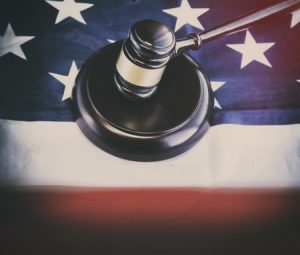 Several scholastic studies conducted over the past few years have found that immigration and crime are related in a way that benefits the U.S. The national crime rate has dropped massively in the past three decades and it seems that immigration might have something to do with this.

In a report from the National Bureau of Economic Research, which analyzed data from the 1980s to 2000, researchers found that young immigrant men had lower incarceration rates than their U.S.-born peers and the difference between the two groups became wider from one decade to another. The 2010 census shows that native-born men aged 18 to 39 without a high-school diploma had a 10.7 percent incarceration rate, while Mexican men had a 2.8 percent rate, and Salvadoran and Guatemalan men had an even lower rate at 1.7 percent.

Another study indicates that the U.S. cities which welcomed the most immigrants from 1990 to 2000 saw the biggest decrease in crime rates. A Harvard study confirms these findings by showing that the more languages that were spoken in a given neighborhood in Chicago in the 1990s, the fewer homicides there were from the 1990s to 2006. In New York, for every one percent increase in the number of immigrants for a given district, there were on average 966 fewer crimes committed per year.

Since the Immigration Act of 1965, approximately 59 million immigrants have arrived in the U.S.

2016-08-15
Cristina
Share
Previous An American Hero: The Amazing Story of Simone Biles
Next Team USA has 48 foreign-born athletes in the Summer Olympics