immigrants in the U.S are the Country’s biggest innovation source 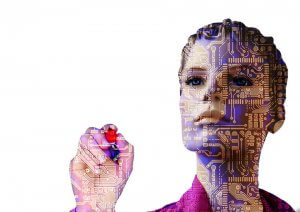 According to a latest survey made by Information Technology and Innovation Foundation, well-educated immigrants who live and work in United States, are the country’s biggest innovation source.

This study indicated that more than third of all technological innovation of the country comes from people who have born outside of the United States. More than 900 people participated in this survey. These were mostly the ones who have won many prestigious awards and that own international patents. The study found that more than 35.5 percent of them were immigrants. This number far extends the proportion of the first immigrants in U.S population which is 13.5 %.

The survey made by Information Technology and Innovation Foundation also founded that most of these people who are currently making breakthrough contributions to the technology industry in the United States, have spent many years attending school, different classes and qualification programs. More than 80 percent of them obtain at least one advanced degree and also, more than 55 percent of them have earned or are earning a doctorate in a STEM subject (science, technology, math and engineering).

Another interesting finding that this survey made was related to the gender minority imbalance. Only 11.7 percent of the all US innovators were females.  This study is showing once and for all that the tech filed, is dominated by men.

Previous 5 business schools in USA where graduates earn more than $150,000 per year
Next Top 5 U.S immigration facts you didn’t know