Immigrant population quadrupled in 232 US counties 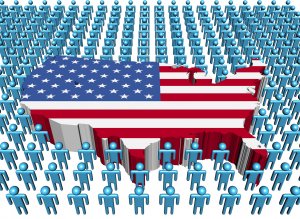 A new report from the Center for Immigration Studies based on data from the U.S. Census Bureau found that the share of adult immigrant population quadrupled in 232 counties across the nation. The analysis followed the immigration patterns from 1990 to 2014 to discover that some counties have experienced a tremendous growth in their share of immigrant adults, both legal and undocumented, compared to the rest of the adult population.