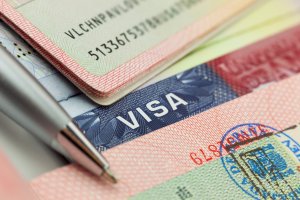 The executive order signed by Trump on January 27 has now been canceled by Homeland Security. This department announced that it has suspended all actions to implement this executive order and will resume, once again, the necessary standard inspections of travelers as it has done before the Trump’s order.

The department of Homeland Security and State Department comply with a federal judge deciding also to cancel all visas that were provisionally revoked after the executive order given by the president last week. The State Department officials, in an interview for BBC, told that all people whose visas were physically cancelled would have to once again go to an embassy or consulate in order to have them reinstated. Since the executive order, there have been almost 60,000 visas revoked.

On Friday night, it was the White House the one to announce that the Justice Department would file emergency motion to stop the halt. Bob Ferguson, , the Washington State’s attorney, admitted that he was already prepared to take this case all the way to the supreme Court if it would be necessary.

According to Trump’s order, all citizens of seven Muslim-majority countries – Iraq, Iran, Libya, Syria, Somalia, Sudan and Yemen – are not allowed to enter the US for 90 days, all refugees for 120 days and indefinitely halt refugees from Syria.

The decision Homeland Security has come up with, was met with swift denunciation by the White House. According to the White House, this decision is “outrageous”. Trump also added on twitter: “The opinion of this so-called judge, which essentially takes law-enforcement away from our country, is ridiculous and will be overturned!”