General Motors to create more than 7,000 new jobs with a total of $1B Investment 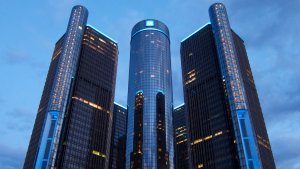 General Motors admitted on Tuesday to invest more than $1 Billion in United States manufacturing operations. According to them, this investment will approximately create more than 7,000 new jobs for the U.S citizens.

The Detroit-based automaker gave us some other great news which is related to some additional job openings in Michigan. They will soon begin to move their axle production for the next generation of full-size pickups from Mexico to the U.S. Only in Michigan, is expected to create more than 450 new job positions. The moving process will be handled by another supplier that is committed to move the current Mexico jobs into the States.

On their statement, General Motors chairwoman and CEO Marry Barra, admitted that since the U.S manufacturing is becoming more and more competitive, they are able to further increase their investments which result in more jobs for the American citizens.

Since 2019, the giants have invested more than $21 billion in U.S operations. They promised to continue committing to the growth that is good for their employers, dealers and suppliers. With the new job openings, it is expected that most of the positions will mostly belong to automotive and engineering fields. United States are in a big need of experts especially in the manufacturing and automotive fields which in U.S, these last years, have been increasing their capacities, diversity and production.

Previous 6 best cities for job seekers in USA, 2017
Next Everything you need to know about the Visa Waiver program