Four US states vote to increase the minimum wage 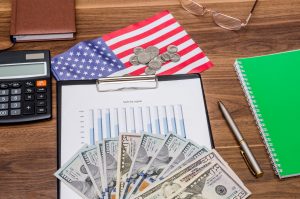 Arizona, Colorado, Maine, and Washington have all passed wage initiatives that will increase their minimum hourly salary. The federal minimum wage has been $7.25 per hour since 2009, but several states or cities have voted to increase it throughout the years. New York and California have already passed laws to raise the state minimum wages to $15 per hour over the next few years. The newly elected president has also stated that he intends to bring the minimum to $10 per hour. Nation-wise, there is a non-political initiative to raise the minimum wage to $15.

In some of these states, employers will also be required to guarantee paid sick leaves to their workers. In Arizona, for instance, employees will earn one up to one hour of paid sick time for every 30 hours worked.