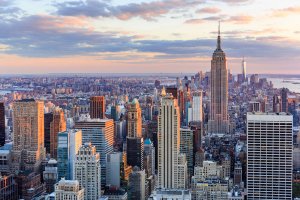 Since being selected for the H-B1 program might be a little difficult, many United States universities are developing their own strategy and gateway to help all foreign workers to obtain a visa and be able to work in the U.S as soon as possible.

For example, the City University of New York has already created the International Innovators Initiative program for this purpose. After less than a year, this program has helped many beneficiaries that are ow setting up their respective businesses in the city.

According to this CUNY’s visa gateway program, entrepreneurs are usually able to get qualified for cap-exempt H-B1 visas while contributing to the central mission of a particular community or even on the institution.

Even though the New York City Economic Development Corporation (NYCEDC) will have to monitor these chosen firms, finally, this will benefit not only the companies, but also the students, and eventually the city.  The country needs is to see the International Entrepreneurship Rule as a law in order for it to be further developed and adjusted.

Through this program, all foreign entrepreneurs can now become eligible for a two-year entrepreneur visa if they can prove their company’s potential to deliver growth. Also, they should create jobs the US citizens, and contribute to the country’s economy.