What to expect at the U.S.-Mexico border? 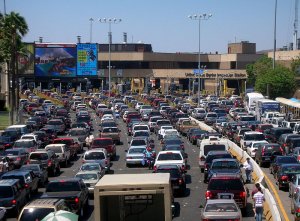 It’s hard to find anyone in the border who agrees with the President’s Donald Trump vow to build a wall between USA and Mexico. As before-mentioned, the president is actually holding true to its campaign when he has constantly expressed to build this wall. He has already ordered US officials to immediately begin the construction of a barrier along the 2,000-mile or else said, 3,200 kilometers Mexico border in order to keep all illegal immigrants out.

Mr Trump has also expressed to strengthen other security elements including the deportation of all criminal undocumented immigrants. The authorities have already raised two giant parallel fences topped by razor wire between the late 1990s. Many people consider the wall building issue to be unnecessary since these parallel fences already exist.

Each year, only in the San Ysidro border, more than 65 million of people cross it for all kinds of reasons. According to republican House Speaker, Paul Ryan, the wall is estimated to cost more than 13$ million dollars. Despite that, this has been one of the first issues the Trump’s administration has stood of, this week.

On the other hand, Mexican President Enrique Pena Nieto has insisted to meet Trump as soon as possible and also, he declared his country will not pay for any wall. He tweeted: “If Mexico is unwilling to pay for the badly needed wall, and then it would be better to cancel the upcoming meeting”.

Later in the day, White House said the wall’s construction could be funded by a proposed new 20% tax on goods from Mexico. Following a flood of criticism, however, he called it only “one idea that gets it done real easy” and would be part of an overall tax reform package.