Everything You Need To Know About The Green Card Lottery 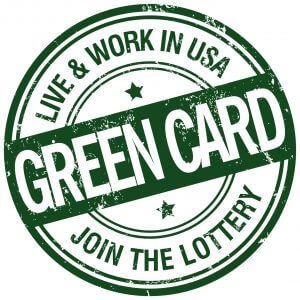 Each year, 50.000 U.S permanent resident visas are given away through a lottery process. The Diversity Immigrant Visa program, also known as the Green Card Lottery, is intended to diversify the incoming population in the United States by selecting applicants mostly from countries with low rates of immigration. The visas are distributed based on region, which means that territories sending fewer immigrants in the previous five years will receive more Diversity Visas.

The first Green Card Lottery took place in 1995 and 13 countries were ineligible from the start: Canada, United Kingdom, except Northern Ireland, Mexico, Dominican Republic, El Salvador, Haiti, Jamaica, China, Philippines, South Korea, Taiwan, India and Vietnam. Other states were added later on: Brazil, Colombia, Ecuador, Peru, Nigeria, Bangladesh and Pakistan. Taiwan is now eligible, while Russia, Poland and Guatemala were on and off the list.

The Lottery is held annually and applications are usually accepted during October. They should be made online. Winners are selected at random, and those who receive a Diversity Visa can live and work permanently in the U.S and also bring their spouse and any unmarried children under the age of 21.

Entering the program is free. Yet, many companies and websites charge a fee in order to complete and send the application. Moreover, some of them promise increased chances of winning the lottery. Other scams include emails saying that the recipient has been granted a permanent resident card and needs to pay a fee in order to complete the process. Remember that the U.S. Department of State does not notify winners by mail.

Want to participate in the Green Card Lottery?
Apply Now!

Previous 10 Things That The U.S Is Doing Better Than The Rest Of The World
Next How To Learn A New Language quickly